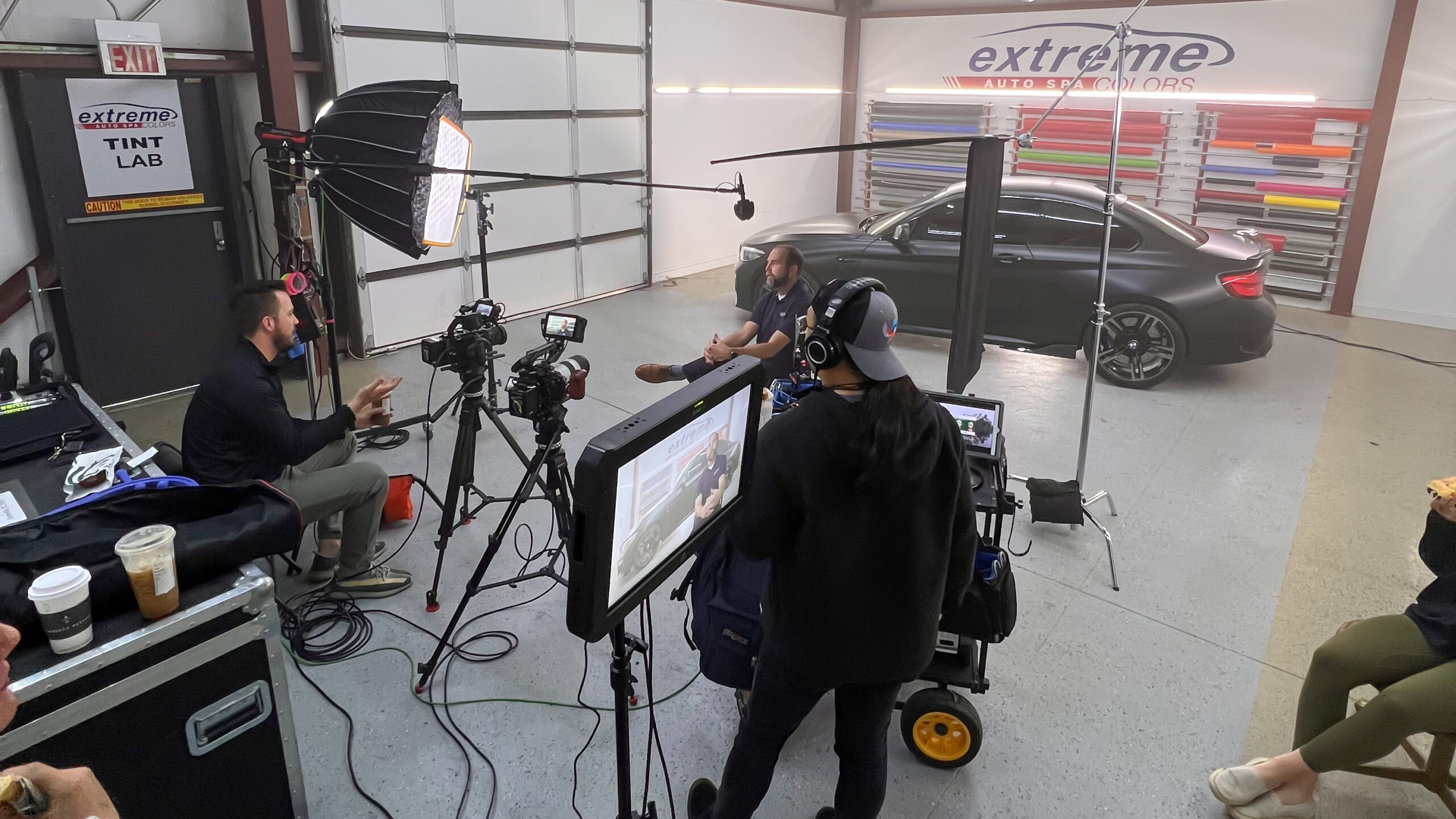 At Extreme Colors Auto Spa, one of the many keys to success is in the software we use for invoices, proposals, customer notifications and reminders, and shop organization. The software we use is called Urable.

Urable has been traveling across America over the past year to feature some awesome shops and their stories from humble beginnings to epic success. They hosted a get-together party where we got to meet their team as well as the professional film crew they hired at their own expense!

Urable visited us on April 6, 2022 to get to know us and prepare for filming at our headquarters the following day. Several members from Team Extreme were interviewed. They discussed how Extreme Colors Auto Spa came to be, as well as how Urable has significantly helped us get to where we are and where we want to be.

After the filming, we introduced the team to our biggest customer- the BMW Performance Center. The film crew was dropped of in various spots around the track to film the awesome, instructor-driven BMW M3 slide its way around the track. Check out the video below for an in-car view of the M3 with us in it!

Once the film crew finishes our Urstory video, we’ll be sure to post it! We sincerely thank Urable and their crew for all the work they put into highlighting shops such as ours. It’s truly an honor to be a part of something so special!

Interested in Automotive PAINT CORRECTION, CLEAR BRA, and COATINGS with us on your Car?

GET A FREE QUOTE NOW!
Let’sTalk

GET A FREE QUOTE NOW!

Thank you for your information.
We will get back to you soon.